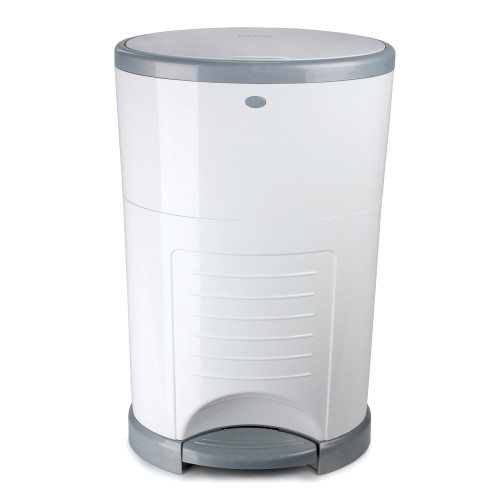 Dékor Hands-Free Diaper Pails are designed to make this unpleasant chore as easy as possible for you AND your budget. Unlike other disposal systems where you have to bend over, operate a lid, or even shove a soiled diaper halfway inside the diaper pail, Dékor diaper pails are 100% hands-free. After a diaper change, you are likely to have baby in one arm and the soiled diaper in the other. No one has a third hand to operate the diaper pail.

Just STEP on the foot pedal, DROP the soiled diaper through the trap door, and you’re DONE!