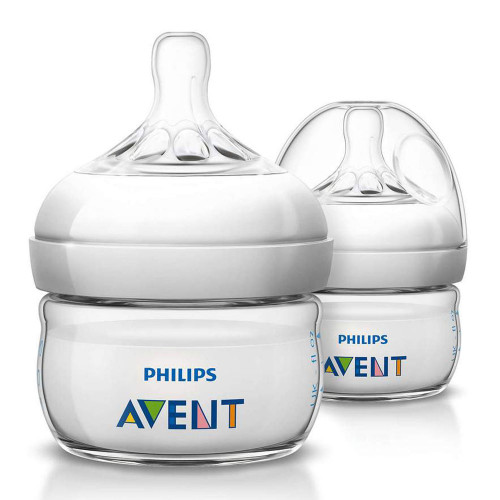 Anti-colic baby bottle Newborn Nipple lets nursing newborns control the flow of milk like with breastfeeding, which can reduce spit-up and overeating. Philips Avent's anti-colic valve flexes to keep air in the bottle and out of your baby's tummy, a feature that reduces fussing and colic. In a clinical trial, two-week-old infants fed with a Philips Avent Anti-colic baby bottle bottle experienced less colic than babies fed with a conventional bottle, with the greatest difference seen at night. The Newborn Nipple has a single hole, so newborns can learn to eat with the slowest flow Philips Avent offers. The nipple is made of flavorless, odorless silicone that resists discoloring and stickiness.